Most clinical resources agree there are standard red flags of early spectrum disorders. According to the these references, these are some of the most common indicators:

Does not respond to their name by 12 months of age

Uses few or no gestures (e.g., does not wave goodbye)

Repeats words or phrases over and over (echolalia)

Lines up toys or other objects

Flaps hands, rocks body, or spins self in circles

Around 10 months, we knew something wasn’t quite right with Simon’s development. He was meeting his milestones, but just… strangely. I was speaking to a friend the other day and she asked when we suspected Autism. I explained while I tried not to be an over analytical new mom, there were just too many “quirks” to be ignored. And none of them included anything from the list above.

I want to share my experience with you because Early Education is so important and it’s the main reason Simon is so successful now.

If any of this sounds familiar, you can apply for Special Services, even before a diagnosis.

Simon crawled around 8 months, but it was an army crawl. He used his forearms to pull himself around the room while his legs stayed limp behind him. It was weird, but man he was so fast! He didn’t seem to have any gross motor issues. He started crawling on hands and knees only after he learned to pull to stand, making it easier to to reach furniture.

Simon never laughed, but he smiled all the time. He totally expressed joy, but no sound came out. It wasn’t a vocal issue since he made babble sounds. Sometimes he would do this “Ha,” that almost sounded sarcastic, like he was trying to humor us! But that cute belly laugh that all babies do, he never did.

He didn’t respond to his name unless I followed it up with something he wanted. “Simon Juice?”, “Simon bottle?” and then he would look right at me. It was like selective hearing. He only acknowledge me when it was important to him.

He stared off into space all the time, like he was day-dreaming. Just lost in thought. Even if he was in the middle of playing something really fun, he would just shut down and stare. We used to call it his “break time.” If there was too much input or excitement then he needed to take frequent breaks.

He loved spinning things. He spun everything: toy car wheels, diner chairs, door knobs, or things that weren’t meant to be spun like blocks. He tested everything in our house to see if it could be spun if flicked into a spin and he would do the same when we went out.

He put EVERYTHING into his mouth ALL THE TIME: toys, blankets, clothing, furniture, I mean everything. Babies explore with their mouth, but this was almost obsessive.

He always loved to cuddle. Even as a baby, he loved to be hugged. I used to wrap him all the time and I think that was his favorite. Being able to see the world while safely tucked next to me. Even with the spacing out and lack of interest in most things, he always wanted to cuddle.

At 9 months when we introduced baby puree, he couldn’t handle it. I’m still not sure if it was the texture or the smell or maybe the fear of something new, but he would actually start gagging at the sight of food. Even being near the high chair would send him into a frenzy.

At 12 months we had him evaluated for services and were approved to receive Special Education and Speech therapy. Eventually we added ABA (Applied Behavioral Analysis), OT (Occupational Therapy) and increased the frequency of services. For the first three years of his life, I had an amazing team of providers who helped us work through every challenge. Early Education made all the difference in our lives.

*If you have any concerns about your child’s development, contact your pediatrician, or school district special education department for an evaluation.* 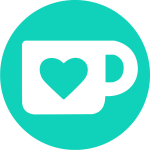